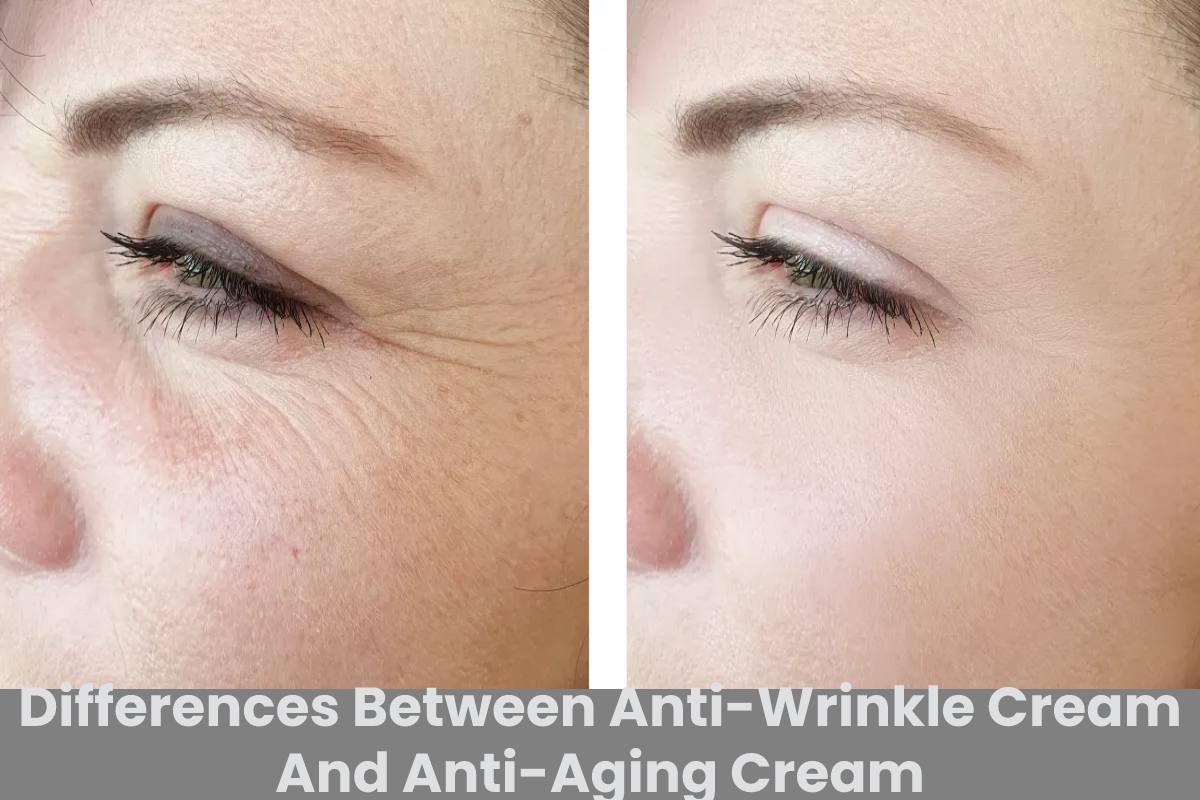 Anti-Wrinkle Cream And Anti-Aging Cream, These are the pillars of beauty, but how do you tell the difference between anti-wrinkle and anti-ageing to know precisely what your skin needs?

The big difference between an anti-ageing cream and an anti-wrinkle cream is their mode of action. An anti-ageing cream is global, deep and multifunctional, and it works to correct all signs of ageing simultaneously. It concerns wrinkles and fine lines, among others, but not only. It also fights the loss of firmness and density and stains mainly.

Anti-Aging Or Anti-Wrinkle Cream, How To Make The Right Choice?

The main difference between anti-ageing and anti-wrinkle is that the anti-ageing treatment helps counter the effects of time passing on the skin globally. In contrast, the anti-wrinkle treatment acts in a targeted way on emerging and established wrinkles. The first participates in countering the loss of firmness through smoothing the oval of the face, while the second contributes to reducing wrinkles around the eyes or the lips, 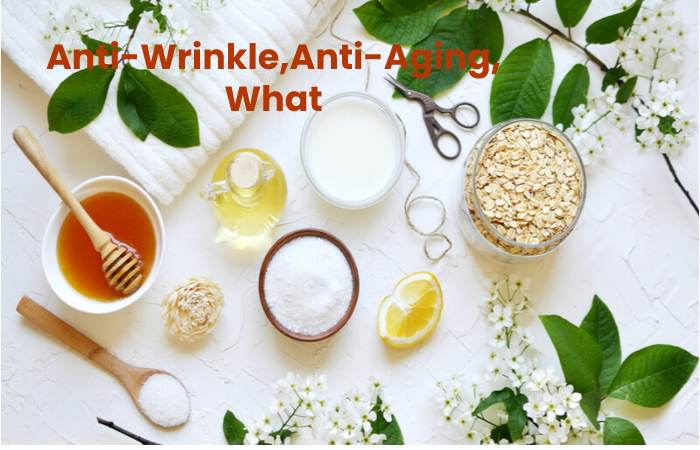 Anti-wrinkle cream is more concentrated in anti-wrinkle active ingredients, whereas these active ingredients will be present in an anti-ageing formula but less quantity. You will undoubtedly find in both the famous antioxidants. These protective substances are mainly vitamins A, C, E, trace elements (zinc, selenium, silicon) and plant extracts (green tea, grape seeds, etc.) or algae. They are here to block the way to the free radicals, which are at the origin of most of the damage to the skin.

They remain mainly found in day creams for their “shield” action against external aggressions responsible for more than 80% of ageing. Hyaluronic acid is also used in these two skincare categories to smooth the surface of the skin, plump it up and stimulate the fibroblasts to make them secrete fibres and elements of the cell matrix.

Retinol is an anti-wrinkle active ingredient due to its surface exfoliating effect. It smoothes fine lines. It also boosts the manufacture of collagen and elastin fibres to correct wrinkles after several weeks. Attention to be adequate, its concentration must be 0.3%. Dry and sensitive skin may not tolerate it. The others must go gradually get used to it little by little.

Vitamin C is a confirmed anti-ageing active ingredient that reduces dark spots, revives the complexion and also stimulates the production of identifying substances.

Finally, recently, we have seen the appearance of peptides in creams. They are chosen according to their target and send messages to skin cells: stimulate the production of fibres in anti-wrinkles or reactivate cell renewal in anti-ageing.

When To Start Anti-Aging And Anti-Wrinkle Care?

Integrating an anti-ageing or anti-wrinkle cream into your beauty routine is not a question of age. Especially when the skin begins to age from the age of 20. To moisturize the skin and prevent the effects of time, it is advisable to start with the Tensor Day Cream from the age of 30, a global anti-ageing treatment that will act on the appearance of wrinkles and the elasticity of the skin. In addition, it is advisable to apply an anti-wrinkle treatment such as the Wrinkle Serum, which reduces the appearance of wrinkles and fine lines thanks to its formula enriched with bakuchiol, known for its targeted action on wrinkles. The key: skin with a youthful appearance.

What Are The Effects Of Aging?

What Is The Purpose Of An Anti-Wrinkle Cream?

The anti-wrinkle cream aims to fight against the small furrows formed by the folds of the skin with age. Remember that the cause of these furrows remains linked to a loss of elasticity and profound dehydration of the skin. Wrinkles are more marked on the face, especially around the eyes, forehead, and lips. It is called expression lines.

These specific treatments remain based on components naturally present in the body, such as hyaluronic acid. Therefore, the anti-wrinkle cream has the mission of nourishing the skin to restore its suppleness. It requires a significant supply of water and stimulation of cell renewal.

The other key element in the fight against wrinkles is collagen. This protein has the power to promote the regeneration of the skin and thus preserve its elasticity. It provides a soothing effect.

Naturally present in the epidermis, these two molecules decrease their production over time. Therefore, laboratories have developed synthetic formulas based on collagen and hyaluronic acid to overcome this lack.

Who Is Anti-Wrinkle Cream For?

There are no hard besides fast rules for aging, and setting an age to start using anti-wrinkle skincare doesn’t really make sense. Each individual has a different genetic capital. In addition, external factors such as tobacco, food or the sun can accelerate the phenomenon of ageing.

The First Wrinkles And Fine Lines

They concern women aged 25, who are mainly affected by so-called expression wrinkles. These first marks usually appear on the forehead (frown lines) and around the eyes (crow’s feet).

To combat these effects, first wrinkle creams have a moisturizing objective. If they contain a small amount of anti-ageing active ingredients, their immediate action will be to preserve the skin from drying out while providing a soothing effect.

If your wrinkles remain installed despite prevention, we advise you to massage your skin regularly to increase collagen production. Maintaining a good level of collagen is part of an excellent anti-wrinkle treatment routine because it is responsible for the elasticity and tone of the skin!

Sciatica: What You Need To Know Super Healthiness – 2022

Best Practices For Planning Monitoring Of An OT Network